Sometimes in life you cant do right for doing wrong and this is one of those times but its been a costly mistake, both financially for me and emotionally for the dog.

As you may recall, I have a new girlie, Willow the springer with the dodgy half a foot. She was doing incredibly well, losing weight, using the foot and generally getting on with life.

I hadnt been putting her in the boot of the car, with the other two, mainly because she weighs a tonne and she cant jump in of her own accord and I didnt want her jumping too far getting out. She had been going on the back seat with her lead trapped in the car door.

Then the fateful day arrived when I thought it would be a good idea to get a doggy seatbelt. Long story short, she tangled it round her leg (because it clips in so low down) it pulled tight, she went forward and her knee dislocated!!

Shes been backwards and forwards to the vets over the last 2 weeks and today was D day as there hadnt been any real improvement. X-rays today were better than feared and revealed the left knee will need surgically correcting, which is what we were expecting. Right knee is not brilliant but should cope and her hips, while not 100% perfect, are good enough. Her spine is perfect, hurrah!! The anatomy of the dodgy foot on xray is a sight to behold. Shes also somewhat bow legged, possibly from being brought up in a crate. Ive seen this quite a few times before.

The reason it was D day was because I wasnt going to go all supervet with her and put her through multiple procedures but one surgery to correct the knee is different. Just got to decide now if my vet can do it or its an orthopaedic referral. Financially thats a massive difference so Im hopeful for the first option

Shes coping with confinement fairly well but shes only a baby still so shes being quite naughty. Its quite nice to have her still a bit sedated today

Thirty years Ive travelled the dogs in the boot of my cars, behind a dog guard and never once been rear ended. Three days into having a supposedly safer alternative of a doggy seatbelt and Im staring down the barrel of a 2k surgery, not to mention turning Willows world upside down again. I shall stick to the boot, the odds are better.

Gratuitous photo of the zonked out sedated little person who couldnt even get up to get out of the car earlier!! 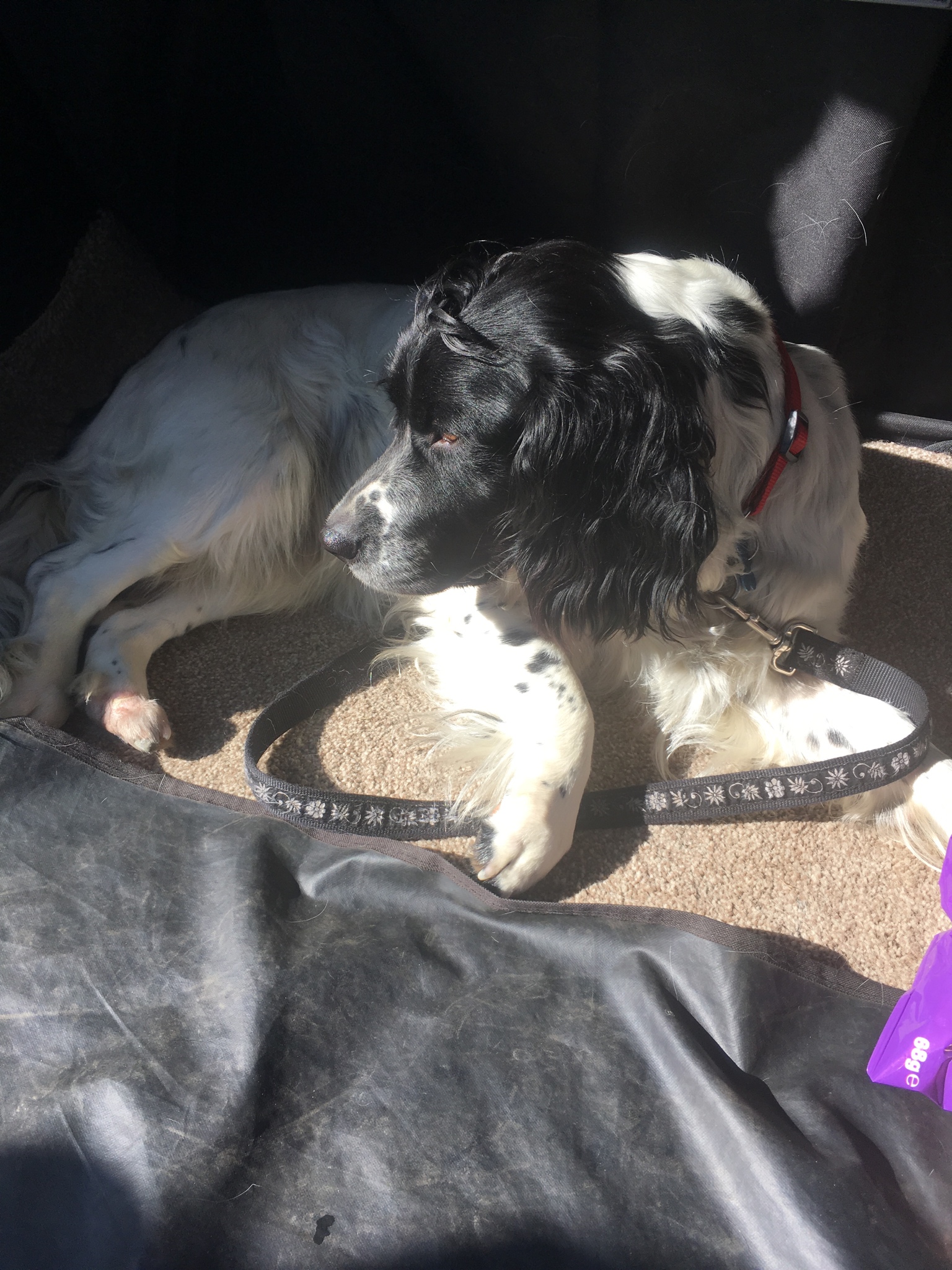 what bad luck, if she had been loose on the back seat she would prob have been ok. its always the way when you try to do the correct thing...the same as when people who dont care about their animals never seem to have the vet but the rest of us do.

Really bad luck ultimately. But I personally have always gone with boots as safer and my dogs would always tangle in leads or be stupid and wedge in a footwell! Although wish I could find the money for a crash tested crate.

Such bad luck.
I'm also a 'use the boot person', but know many with seat belts and a few with crates.
All the best recovery.

What rotten luck! Shes lucky to have such a caring owner. Good luck with the surgery.

So sorry to read your sad tale. Obviously bad luck when you were trying to do the right thing. It&#8217;s interesting though that I have never liked the idea of them even though people use them successfully.
I prefer the boot for dogs with a guard and a tailgate guard (recently admired and asked about many times at Burghley)
For my dogs over the years who couldn&#8217;t or shouldn&#8217;t jump, I have a telescopic ramp, sturdy but lightweight that fits in the car.
You must log in or register to reply here.
Share: Facebook Twitter Reddit Pinterest Tumblr WhatsApp Email Link