I received a lovely message yesterday from someone on facebook who had recently taken on Buzz's mum It turned out to be a sad case as she had been abandoned by her previous owner and left in a barn for a year . She sent me some photos and straight away I could see so much of Buzz in her face! I guess I never really thought they could look so similar, but obviously they must do! Does anyone else have similar resemblances with their horses? I'd love to see some photos 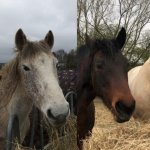 And his dad, who I don't think he looks like..

Millie is the image of her sire, who was an ISH. She has his conformation, his stance... though I have a photo of him holding an umbrella which Millie would never in a million years be brave enough to do!

Millie above and her sire below...

My chestnut gelding was really stamped by his sire. Not only in colour but temperament too. 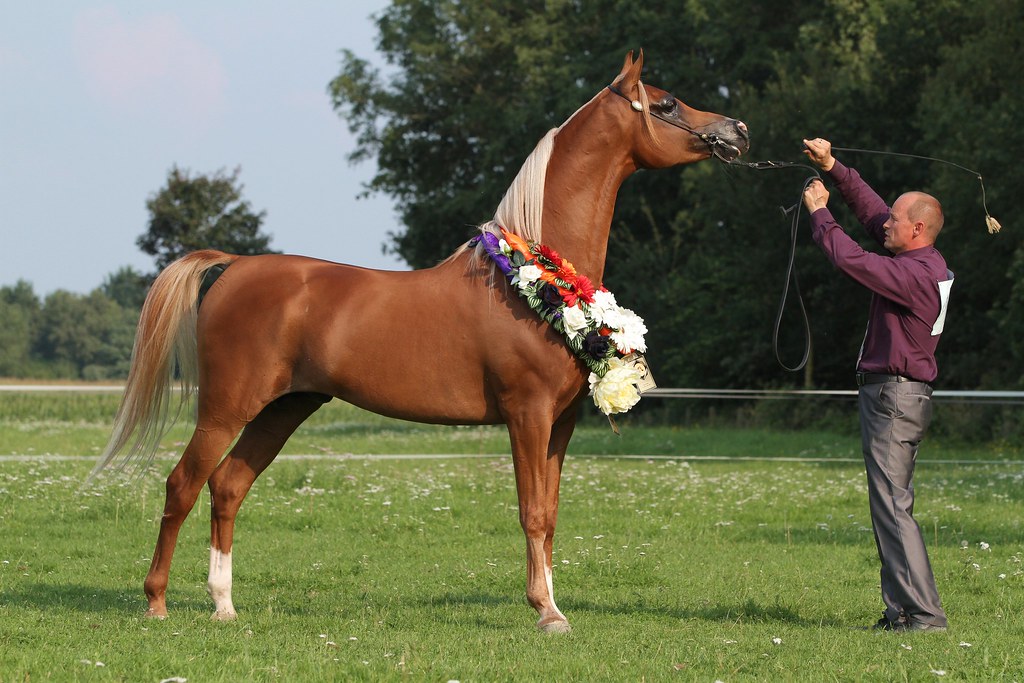 Wow both of them do look very similar! I don't know why i'm so surprised about the fact that they would take after their parents it's an obvious thing really!
I found a full brother of mine and I am in touch with his owner too, there's one more full brother out there somewhere that i'd love to find the full brother doesn't look much like Buzz though.

This is Spottie (mummy) escorting daughter (bay) around her first xc .

I have a matching pair who are barely related, and a mare who is absolutely nothing like either of her parents. I presume Carrot was found toddling in the woods, like her namesake.
L

There's another AV Montoya son on this link. http://www.arabianlines.com/for_sale/index.htm Scroll down to Rioja SA. I've seen a grey daughter and although the colour was of course different, she just had the same 'look' RE her body shape, conformation, etc... and she also had the thick mane with long, thin tail.

Location
Tiny farm some where in UK

Mother and daughter. Dont look as similar as I'd like

Rex doesn't really look like either of his parents...except his Sire's colouring.
Also he is taller than either of them.