What Colour's Are These Horses?

i think that we all have come across horses with really unique colouring but I really don't know the names of these few, does anyone know? btw none of these horses are mine, just interested
1)

Don't know the colour description but the first is a Zebroid by the look of it.

Edit: I see PMP has been!
P

The second is a chestnut sabino with the badger face marking?

2 - Chestnut with sabino, splashed white and a badger face.

4 - I thought Champagne, but he is apparently a Pearl, which causes very similar colours but is a different gene.

5 - Silver dapple, with extreme dapples (maybe due to sooty?), looks to have some form of agouti (bay/seal brown/wild bay) as he's not as dark as a black based SD.

7 - Looking at photos of him when he was younger, he is definitely black based, with agouti and tobiano - read here for more as it's a bit of a mysteryhttp://www.shoc.org/ArticFoxx.html

8 - looks like only the leg greyed out (when a patch fails to grey out on a grey horse, it's called a bloody shoulder marking regardless of whether it's actually on the shoulder), but could be a somatic mutation or a chimera. On searching for the image, most people have labelled this as a somatic mutation.

9 - Sooty Buckskin, but possibly has something causing roaning/white flecks too, so rabicano/sabino/or the true Roan gene?

Agree with Faracat except 1, as I would say bay dun with bloody shoulder and 9, as I've seen this colour and it is buckskin roan - just as some roans can be grey bodied with bay edges.

Is the first one a 'bloody shoulder' marking maybe?
A

Faracat said:
1 - Black Dun (AKA Grulla) with very interesting shoulder markings (somatic mutation?). Not a Zebra cross - just an extremely marked genuine Dun with dun markings eg leg bars and the dark marks on his ears.
Click to expand...
Yes, thanks. I looked up Grulla after Paint Me Proud posted.

s4sugar said:
Agree with Faracat except 1, as I would say bay dun with bloody shoulder and 9, as I've seen this colour and it is buckskin roan - just as some roans can be grey bodied with bay edges.
Click to expand...
I stand by black dun (as I see no evidence of agouti) for 1 and it can't be bloody shoulder without the grey gene (which this pony doesn't appear to have).

For 9, I did wonder about him having the cream gene and the roan gene (black + agouti + sooty + cream + roan) so sooty buckskin roan is a possibility.

Faracat said:
I stand by black dun (as I see no evidence of agouti) for 1 and it can't be bloody shoulder without the grey gene (which this pony doesn't appear to have).
Click to expand...
I agree with you on Grullo. I have a grullo gelding and he has strong shoulder and neck barring, but he also has a lot leopard spotting on his legs so perhaps this horse above has the leopard spotting on his shoulder?

That's interesting SF - do you have a photo of your horse?

Faracat said:
That's interesting SF - do you have a photo of your horse?
Click to expand...
I have loads of photos of him riding out, so too far to be able to see the markings close up, but I'm sure I took some photos of his barring and spotting a few years ago. I'll search around for them (thousands of photos on this computer I'm afraid). They are basically a golden sort of colour surrounded by black circles. He only has them on the upper part of his legs though, nowhere else on his body. The shoulder and neck barring he has is solid black.

These are best guesses, don't take my word for it!

They're interesting aren't they.

Regarding 5 and 10, we had a pony aged 4 whose passport said "bay turning grey" that was a slightly lighter version of no 10. Within a year she was a beautiful dark dapple, within three years she was a very light dapple, and when we went to see her a year later she was nearly white.

[/IMG] I must say that this horse is in a terrible state though. I was thinking fungal infection scars maybe?
20)

17 - this is apparently another cream + champagne, it doesn't say how many copies of each gene are present. 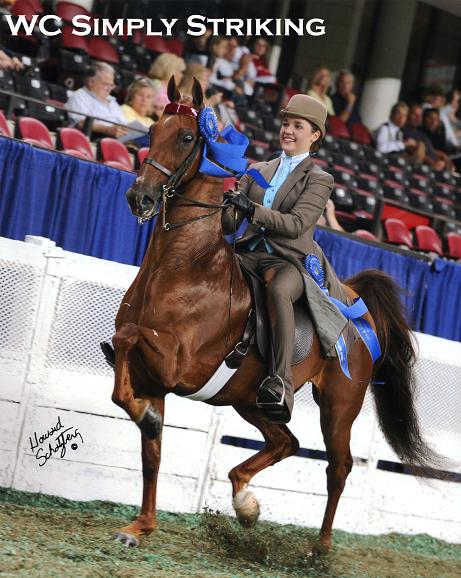 Pretty much all of these images have been discussed on colour sites/forums/threads.

24 - another dominant white, I think, certainly looks like a TB anyway.

29 - Totilas photoshopped - so black is the real answer.

36 - he's a black forest horse, so probably a 'black' chestnut with flaxen mane and tail, ie the chestnut is so dark that it looks black.

I am a boring old fart and there would only be 2 or 3 of those that I could bear to see in my boxes !

Faracat said:
30 - Silver dapple .... again
Click to expand...
wouldn't number 30 be like a rusty rose grey?
i'm not an expert on colours but its quite similar to the other one that I posted that was a rose grey

Rose grey just means that the horse was born chestnut or bright bay and is going through a 'pink' stage as it greys out. Number 12 is possibly a bay that is greying out, I'm not certain, however 30 really does look like a silver dapple. Note the way the silver dapple has a pale mane and tail (nothing to do with flaxen).

hobo said:
Don't know but love number 5.
Click to expand...
Me too stunning but obese.

I looked for the photos Faracat of the leopard spotting on my grullo's legs that I took a few years ago but I cannot find them. I have bungs of him ridden where the neck barring is easily seen but the spotting only shows in the summer and he's now growing his winter coat so I can't even get another photo of him for you.

The dominant white (DW) on the previous page is a Puchilingui line youngster I strongly suspect. I have a Puchinlingui DW youngster :smile3: they are quite odd creatures.

SF - Thanks for looking for the photos, there's always next summer to photograph him!

I looked up Puchinlingui and he's stunning.

Faracat said:
SF - Thanks for looking for the photos, there's always next summer to photograph him!

I looked up Puchinlingui and he's stunning.

Click to expand...
Yes he was a lovely stallion, and doted upon by his owner Jerry.

So I've looked it up and found a website dedicated to grullos and it seems my AQHA has mottling. There's a picture of it if you scroll down. My boy's mottling is far more pronounced that you see in the piccy here and is a bit bigger and more defined, but you get the idea. http://grullablue.com/colors/dun_factor_markings.htm