What horse you dreamt of and what you actually ended up with...a bit of fun.

I dreamed of this

And now I have this

Who is the love of my life

I wanted a 14.2hh Connemara to do showing with. I got a 14.2hh Connemara, he is a utter delight however does hot up at shows so I need to put my brave pants on a bit more!
I always wanted an arab as a very young child, I have instead a black welsh a who is gorgeous and very very good at prancing sideways, snorting and making endless amounts of drama, so I got pretty close!

Aarrghimpossiblepony said:
Kind of sums up the whole thread.

Lovely picture, they look like they are saying "what's a black arab?"
Click to expand...
I am 46 now..... i could not cope with a black arab, she is my little pocket rocket, and her son is now 3.5 years he is as steady as a rock.

Its about my limit, but I still dream:¬)))
R

Wanted 8-10 year old bombproof all rounder ended up with 3 yr old just backed and needed to be turned away 3 year old!! Still not sure how that happened seemed to enjoy his time being turned away as he is now 4, I am injured and he is on another break!! No regrets though
H

All my life i wanted a great big horse with lots of feather! i wanted it to be black with a long flowing mane and tail! and thats what i got! sold her a month or so ago however i have got her partly back. Selling her i dreamt of a big, fine thinbred horse that was young to bring on and jump, never a tb or ex racer... got the first part and did end up with a tb ex racer hmm would go back to my cobs anyday!So now my new dream bearing in mind i wont let the cob or tb go anywhere! a middleweight hunter type, a nice deep bay and around 8 years old

My grandaughter aged 3 was asked "what colour pony would you like?". The immediate answer was "pink"! Then what turns up? a strawberry roan whose winter coat is a sort of very pale pink. Grandaughter is thrilled to bits with him.

I was saving up to buy a 16-16.2 coloured chunky, cobby type gelding, 8-12 yrs old, school master type who I could go out and do anything on.

I was offered a horse at work, 2yr old bay thoroughbred filly, been in training for 6 months but was too small for racing (about 15hh at the time) I decided to take her as she was a freebie, would do a bit with her then sell her to make some more money to put towards my dream horse.

3 yrs layer I still have her! She's now 6, 15.2 and a cracking little mare. I've decided that I'll just try to breed my big coloured gelding from her (I can dream!)

I'm getting there though .. Horse at work who I may be getting is about 16-16.1hh, gelding .. But he's a 6yr old thoroughbred, ex racehorse (or will be if all goes to plan!) and ginger, though he does have a white patch on his belly, can he count as coloured?!
M

As a kid i always wanted either an arab as big as i could find, a tb around 16 hh or a selle francais again around 16hh. I also wanted them to be chestnut and peferably a mare.
At 16 i got a piebald filly who was 3 months old, still on her mum. She made 14.3hh and was loopy to ride, so i got that bit anyway. I then bred a foal out of her and didn't have a clue what colour it would turn out, i used a gorgeous liver chestnut tb stallion. I ended up with a skewbald filly, again quite mad to ride. When i lost my piebald at 22yrs old, who i absolutetly adored, i wanted a nice quiet horse, preferably another gypsy cob piebald mare around 3 years old to break in and bring on. I bought a grey ID x TB colt. Got that wrong then!!
Looking for a pony for my daughter i wanted a nice steady 14-18 year old not bay cobby been there done it pony to bring her off the leadrein. I bought the quietest 3 year old bay section B. He has been the best buy i have ever made as he looks her all the time and plays other riders up.
I put my grey up for sale as i just didn't get on with him to ride so i started looking for my gypsy cob again.
Yes i finally got it right this time. I bought a lovely heavyweight gypsy cob piebald mare, 2 and half year old. She is fantastic. She hacks out alone and in company and is bombproof even though she is only 4 years old. I have never known a pony like her. She was 14hh when i bouht her and she is now 14.3hh and she 4 today .
9

I wanted a notacob or tb, 16h plus mare. Not grey. I bought my dream, a 16.1 liver chestnut mare with four white stockings and a blaze. Added bonus, she also looks flashy but is a sweetheart to ride and do. I worship her.
C

Dreamt of a bombproof warmblood type that will jump anything and come straight over in the field when i call, bay with 4 white socks and a blaze...

Ended up with a 15.2 Welsh D who is completely neurotic and scared of things that move and those that don't... can jump 1m and has jumped 1m10 but he likes to stop at anything with a filler under it first to check it's not going to eat him... will hack alone after persistence but involves much dragon snorting and leaping. Also likes to p off in the opposite direction in the field when he doesn't fancy being caught, usually when I have long hack planned or its poring with rain!

He is bay though and doesn't do anything nasty e.g. buck or rear or bite or kick so some redeeming features he is also stunning just a bit of a knobber!
D

I promised my 3rd son a dream horse for his 14th birthday, having made him ride horrible ponies from age 6-13. His aunt gave him a birthday card with a lovely chestnut on the front - and lo and behold we went to Ascot Sales and for a mere £400 found him the horse that matched the card - and two years on (the chestnut gelding we bought) is still a star! Amazing or what!
S

I always wanted a black beauty got him he's now 21. always wanted liver chestnut and white filly with 2 blue eyes and dads mare bred that what's the odds. Shed now 11yr old. Also wanted mostly black based with white markings, blk nose, abit of friesian look and 2 brown eyes filly strong bone for my new horse and blk velvet was born last year. So I've been lucky I wished and I got. But also have other horses I love just as much.
R

My dream horse was a nice coloured cob, i have a black welsh d. Well i got the cob bit!!

After loaned a welsh D x TB for 2 and a half years I longed for another welsh D about 15.2 ish sane but get up and a gelding had to be a gelding, not fused on colour but wanted face markings.
I now have a stunning TB ex race horse 16.1 chestnut mare, but she had a blaze! Wouldn't change her for the world though!!!
E

When I was younger I wanted a Fresian at least 15.2. I ended up with a beautiful 14.1 Welsh Sec D who was crazy, but had an incredible jump, we still have him now at 17, he's mellowed out a lot, but still jumps like no other horse and has his quirks, such as not letting some staff catch him-even in his stable.

I then dreamt of having a 16.2 warmblood type, aged 8-12 with plenty of competition experience to teach me the ropes, no youngsters and no TB's. I ended up with a 17hh TBx 6 y/o who'd done nothing. But he's my horse of a lifetime and we'll grow and learn together, and he's much older than his years.

What has always been a priority is having horses that have no malice, no kickers or biters, and both my boys wouldn't even know how to kick or bite, you can walk under both their bellies, and touch and prod them anywhere.

Both horses found us as well, we didn't go looking for them, but sometimes that's when the best ones come along.

Oops, it looks like everybody else outgrew the chestnut arab dream, not me...

I have a chestnut arab but he's not often as fiesty as the dream one, which is a good thing really since if he was it would only do my head in.

I wanted a black arab. I ended up with this motley crew:

Location
The independant state of Yorkshire

But I would like a chestnut Arab too, as long as it had 4 white socks

But he turned into this eventially

JFTD said:
I wanted a black arab. I ended up with this motley crew:

Click to expand...
This photo says it all. You know they say that pets are much like their owners... Well from what I know of you ...
H

Location
Georgia, US of A

I got a chestnut thoroughbred!

So that was pretty close and she really has been wonderful to me over the years.

I thought about breeding from her, but decided that it wasn't the best way forwards. So I went out to buy a chestnut purebred arab filly.

Perfect... but note the grey hairs around the eyes...

Then I was told about a chestnut arab that was looking for a home. Encouraged by several members on here, the little arab came to live with me.

He is a gelding, of course.

When I was really young I always wanted a Lippizanner, thinking it was the most wonderful and fancy horse of them all

Then I got this Ah well... I got the colour right 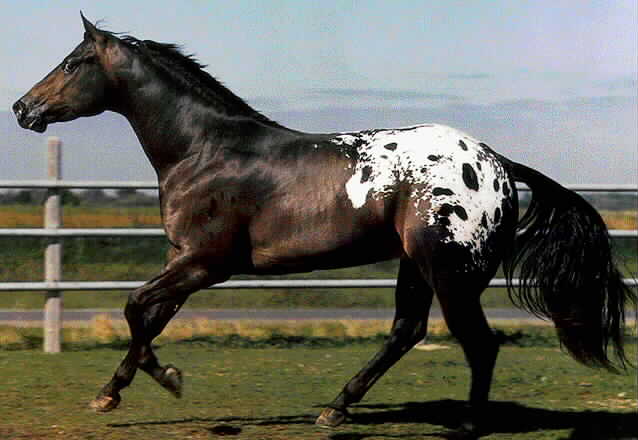 and finally I wanted a Chestnut arab called Shanti But I had a Chestnut Heinz 57 instead

Billie1007 said:
This photo says it all. You know they say that pets are much like their owners... Well from what I know of you ...
Click to expand...
Muddy, hairy (-legged?) and disreputable?

I dreamed of this:

So I bought this:

Darremi said:
I dreamed of this:

So I bought this:

I wanted an ISH, 7-10 years old and an absolutely been there done it all type. Must be 100% in traffic with a view to do dressage at a fun level.

I bought a 5 year old, Forest bred New Forest who had come off the forest 6 months previously. Green as grass, with lots of character to boot. 13.3-14hh on tippy toes. Not brilliant with anything bigger than a 4x4 & can be nappy, hates being schooled!